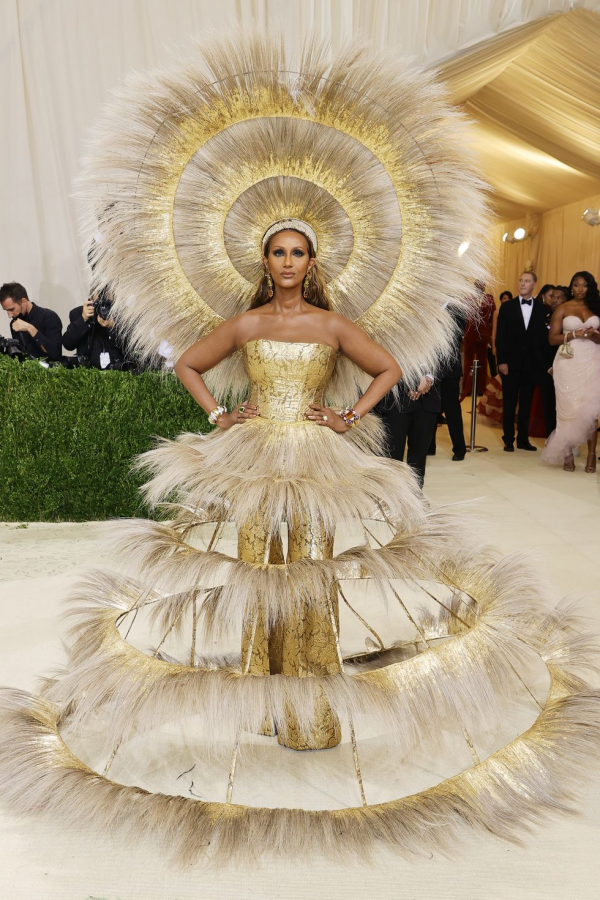 This year’s 2021 Met Gala took place on September 13th, 2021. The theme of the event was American Independence. Saweetie paid tribute towards her Philippine heritage and american to show how much they have conquered. Majority of the guest who attended this event, did not go along with the theme. Two of the hosts, Billie Eillish and Naomi Osaka, became the youngest hosts in Met Gala history.
There were amazing outfits and different designs ranging from Kendall Jenner’s sparkling, nude gown designed by Hubert de Givenchy, to Lil Nas X’s three wardrobe changes. The two stood out in the spotlight.
Kim Kardashian made her debut at the event wearing a black outfit covering her entire body, which sparked a lot of conversation. Since her attendance, memes have been made of her and her outfit. Another celebrity who sparked debate would be Frank Ocean who brought along a green robotic baby.
Librarian Ashley Gordon, thought that “the costumes didn’t really go with the theme.” As for it did not show “American Independence.” She really liked Kate Hudsons wardrobe and Debrah Harry’s makeup and hair. In conclusion, she believes it could have been better.
Many are happy to see the comeback the Met Gala has made after its postponement in 2020 due to the pandemic, but many are also disappointed with the lack of participation of the theme.