The Blue and Gold • October 8, 2021 • https://blueandgoldnewspaper.com/greta-van-fleet/ 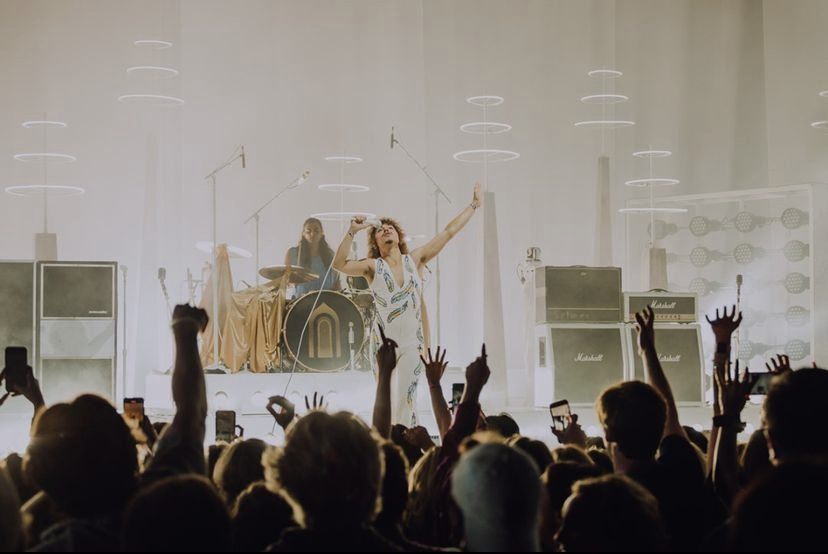 Why does history always seem to repeat itself? While that question stems into much debate, one big example of history, especially culture, repeating itself throughout decades in America would be the band Greta Van Fleet. Greta Van Fleet is an American rock band from Frankenmuth, Michigan, formed in 2012. The band is made up of three brothers, Josh, Jake, and Sam Kiska, and Danny Wagner. The band is quite young, the oldest being twins Josh and Jake Kiska at 21. They have released four albums since 2017, their most recent being The Battle at Garden’s Gate, released in 2021.

The band is categorized as hard rock and blues rock, bringing back that famous 80’s rock vibe. The band doesn’t only show connections to the 80’s merely through its music, however, but also its fashion and stage decor. The lead singer is commonly seen in open vests paired with matching funky designed pants on stage, which screams 80’s. A shared message throughout their music is to spread “peace, love, and unity.”

Due to the band’s alternative style of performing, memes have been made about the band. A video of Josh Kiska, the band’s lead vocalist, was most famously circled around the app TikTok. The video was of Josh singing their song You’re the One, but his abnormal expressions while performing caught TikTok off guard, causing many memes and impressions of the video to be made. The video also sparked confusion because many thought Josh resembled a famous American comedian, Pete Davidson.

Strange Horizons is the name of the tour Greta Van Fleet has been going on since August 2021. The band is one of the first to get back to touring. The first stop was in Nashville, TN on August 5,2021. It will go cross country and end in Los Angeles, CA on October 27, 2021. The Marcus King Band and Trombone Shorty are just a couple of the special guests that will be seen throughout the tour.